CHICAGO -- Artis Gilmore has a unique perspective—and not just because he’s 7’2”. The Basketball Hall of Famer spent six seasons with the Chicago Bulls between 1976-82, and returned to the Windy City for 24 games to start the 1987-88 campaign. Between those two stints, a young phenom named Michael Jordan arrived to take the city, the NBA and the wider world by storm.

But that five-year gap is nothing compared to the 32 years that passed before the city of Chicago hosted the All-Star Game again. Artis could hardly believe it had been so long.

Nonetheless, the 70-year-old made the trip up from sunny Jacksonville, Florida, to the frigid shores of Lake Michigan to be a part of the festivities in his former NBA city. CloseUp360 sat down with Artis inside the Panini America pop-up at Fairlie to discuss MJ's effect on the Windy City, the incoming Hall of Fame class, his current work in broadcasting and more.

CloseUp360: How is it to be back in Chicago with the All-Star Game here for the first time in 32 years?

Artis Gilmore: Wow, it's been 32 years. Somebody was referencing that was the last time Michael Jordan won the Slam Dunk Contest. It was a lot happening. Thirty-two years ago. That's pretty amazing.

CU360: You spent a lot of your career in Chicago with the Bulls. What was it like during that first stint you had (1976-82) playing for the Bulls in Chicago? What was the city like as a basketball city at that time?

AG: The city was good. Basketball was pretty early for the Bulls franchise. I think now, just within the last couple years or so, they just celebrated their 50th year of being an expansion franchise. In those early years, a number of things were taking place in developing the team, attempting to move forward and becoming a real challenging franchise.

CU360: When was the first time you had a trading card with your image on it?

AG: I think probably in the early '70s. They had the old ABA cards collectible.

CU360: What was your reaction to seeing yourself on a trading card?

AG: The reaction is, man, it's an acknowledgment for all times.

CU360: What did you see from the city of Chicago back then as far as how it embraced the Bulls and the sport of basketball?

AG: It was really great. Most of the teams—the Blackhawks, the Cubs, the Bulls, the Bears—everybody was struggling. It was a time, especially with the city and the connection with the Bulls, it was a growth, a merger. We were all working together.

CU360: You came back to the Bulls in 1987. By then, Michael Jordan had come to Chicago. He wasn't yet a champion, but still had the city on fire. What change did you see in the Bulls and the city of Chicago with MJ here?

AG: Michael created an environment and interest. The naysayers, people who had very little interest in the past, they said, "Wow, this young phenom, he's just making things happen. Let's see how long he can maintain that." As Michael continued to consistently get better and bring about excitement, that's when the interest kind of reversed and the positive energy of the city just kind of spread into basketball.

CU360: You didn't play with Michael Jordan for that long, but for the time that you did, what was your impression of him as both a player and a person?

AG: His hunger and his desire to play stood out. When we were together, it was a situation where he was able to put his personal aggressive desire or hunger on the basketball court aside, and we blended and we did things. We played cards. We had some fun together. Artis Gilmore played for the Chicago Bulls from 1976-82 and at the outset of the 1987-88 NBA season. (Jim Cummins/NBA Entertainment)

CU360: You were inducted into the Basketball Hall of Fame in 2011. What do you make of the incoming class—with Kobe Bryant, Tim Duncan and Kevin Garnett—that will be joining you in Springfield?

AG: We all express condolences to the Bryant family during that tragedy that took place. Kobe, Kevin Garnett, Tim Duncan—wow, that is gonna be a phenomenal introduction that evening at the Hall of Fame.

CU360: Kobe has had a tremendous impact on younger generations. What impact would you say he's had on folks like yourself who watched him after your own careers had come to an end?

AG: Reflecting back even a little further, his father, Joe "Jellybean" Bryant, played for the 76ers, and I had a chance to compete against him for a number of years. Then later, watching his young son develop into the extraordinary, superb player that he was.

CU360: How do you spend your time nowadays?

AG: I have three grandkids: a five-year-old and a set of twins, nine years old. And to chase those machines around is really a challenge. Plus, I spend time at Jacksonville University. That's where I graduated from school.

CU360: What do you do at Jacksonville?

AG: Working at the leisure of the president. It's a small private school. We're attempting to try to find ways to generate funds. I'm involved in other areas, broadcasting—just a combination of things.

AG: Well, it's fun to speak about the young players and athletes, and analyze the little details that I observe, which is a learning period for them.

CU360: What do you make of the extent to which today's players are involved in other endeavors off the court during their NBA careers?

AG: Just transition in time, the way things have evolved and become what it is. The finances are just extraordinary and it's a global affair. Whereas before, the technology and the exposure was limited, and so that market was smaller during the early years for me.

CU360: Is there any part of you that wishes you had played today as opposed to back in your day, as far as the opportunities that are available to players nowadays?

AG: Everybody thinks back and says, "Yeah, man, it would've been nice to have that type of [compensation]." But we enjoyed being pioneers of the game and we were compensated—maybe not like they are today, but we were. We had compensation. We received compensation. So, yes.

CU360: What do you make of how the game has grown globally today? Back in your day, you played in the ABA before it folded into the NBA, and the NBA had its own struggles.

AG: Technology and just the individual with the ability to be able to absorb that new skill set, it's just phenomenal. This has allowed Facebook, the Zuckerbergs and those individual people to just be very creative.

CU360: Is there any particular piece of modern technology that you engage with?

AG: Yeah, I'm still fumbling like I was when I first started playing golf 40 years ago. I'm still continuing at that stage of learning. The basics are good. I enjoy learning, trying to absorb, utilizing little apps and tools that's available that make things a little easier for you.

CU360: If you were to offer advice to a young player coming into the NBA today, what would you say?

AG: Work hard, develop patience and certainly absorb all the knowledge of the game that you possibly can, and learn from whomever that you think may be able to share some positive wisdom with you. 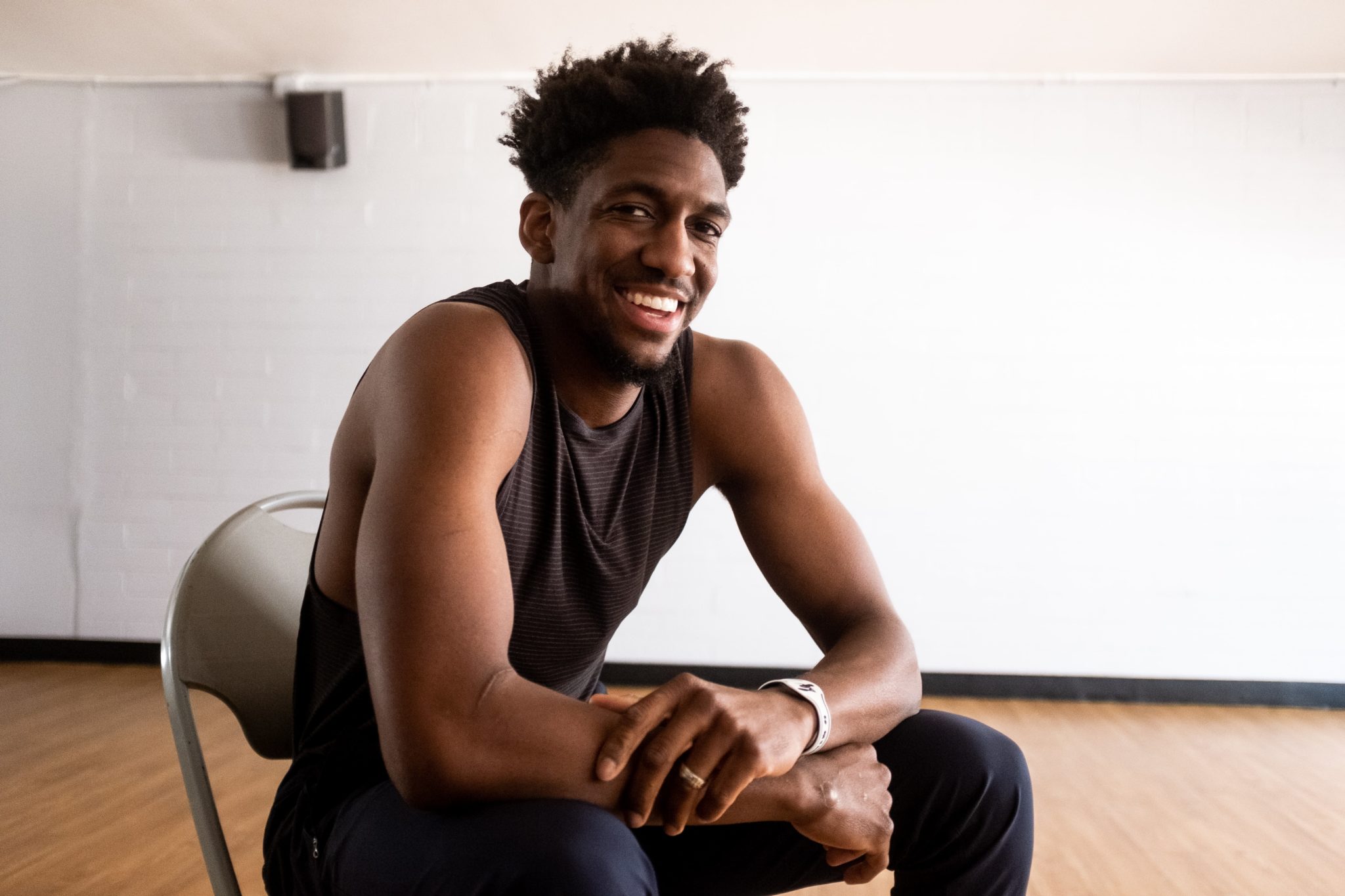 From Hall of Fame Sneakers to Community Leadership, Pistons’ Langston Galloway Shines Off the Court July 18, 2019